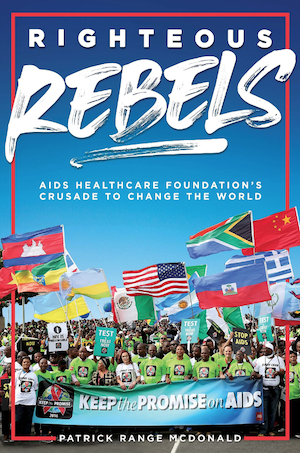 In this riveting portrait of AIDS Healthcare Foundation, the world’s largest HIV/AIDS medical-care provider, award-winning journalist Patrick Range McDonald reveals the nonprofit’s unlikely rise from a feisty grassroots organization during the height of the AIDS crisis to its position today as a global leader in the fight to control HIV and AIDS.

This untold story highlights AHF’s bold history of activism, its hard-charging advocacy on behalf of vulnerable people, and its heroic efforts to create a more healthy and just world.

With insider access, McDonald follows AHF for a year as it clashes with the Obama administration, the state of Nevada, and the World Health Organization. He interviews AHF’s key players, including firebrand president Michael Weinstein, and travels to AHF outposts around the globe — from Miami to South Africa to Cambodia to Russia. Along the way, McDonald discovers that AHF is a passionate and tenacious “people power” organization that brings hope and change to nearly all corners of the world. A new, updated version of Righteous Rebels is now available wherever good books are sold.

The Mayor: How I Turned Around Los Angeles After Riots, an Earthquake and the O.J. Simpson Murder Trial 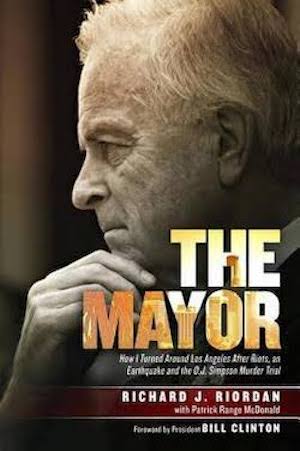 Between 1993 and 2001, Mayor Richard J. Richard, a maverick multi-millionaire who championed pragmatism over divisive politics, pulled Los Angeles from the brink of collapse and turned around one of the world’s most famous cities.

Riordan, a prominent philanthropist and non-ideological Republican who’s pro-choice, pro-gay rights, and pro-immigration, was elected in the aftermath of the infamous Rodney King beating and subsequent 1992 L.A. Riots.

Only a few months into Riordan’s young mayoralty, L.A. appeared almost certainly doomed after the devastating 1994 Northridge earthquake rocked the city to its core. Yet in eight years, Riordan rebuilt and restored Los Angeles’ greatness. The memoir was a New York Times and Los Angeles Times best seller.